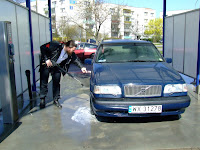 Beware! There is a monster at the end of this post! ^^

We started our Saturday at the car wash, and then we went to my parents' allotment to help with some gardening. The weather was really beautiful yesterday and we even caught some sun (I'm not so pale anymore, yikes! *^v^*).

My parents wanted to sow the grass but they forgot to take the boxes with the seeds with them... so we just weeded the plots and then had a nice barbecue! ^^
Some flowers were in full bloom and some just started to wake up after Winter (like roses). 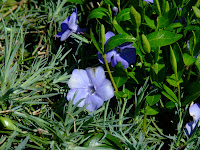 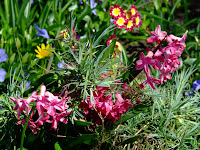 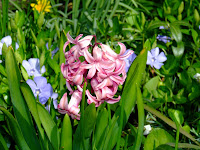 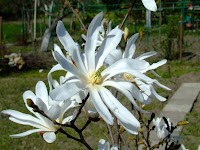 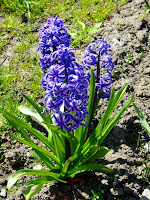 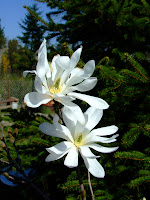 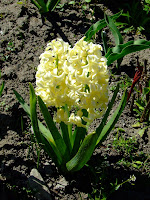 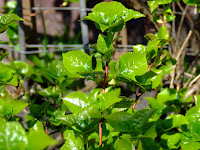 Green Minded Witch
On Friday we did something very important to our financial situation - we went to the bank and took a three year credit.
And it wouldn't be anything unusual because people do it every day, but this wasn't just a whim to buy something - the purpose of this credit is to pay off our credit cards. Where is the catch?
We had three credit cards, used full up (because for the last three years we had spendings connected with our wedding, and then with opening our business), and the monthly installment was huge. In fact we could only afford to pay the smallest amount required and even then we had to use the cards again during the month, so it was a vicious circle.
But then my wise husband did some math and decided that it would be better to take one big credit with smaller interest rate (14%) instead of three credit cards at 19% or more, which allowed us to cut the monthly installment to half of the amount we had to pay before. The other half is going to stay in our pocket so we won't have to use credit card again during the month (in fact we are going to give up two of them and keep one of them just in case anything happens and we'll need some extra money, but hidden deep down the drawer and not in the wallet with an easy access to it!). 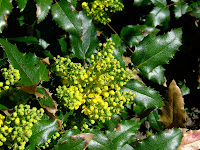 If you are in a similar financial situation think about this solution - the benefits are great: the interest rates and the monthly installments are smaller so more money stays in your pocket for food and bills, ergo you don't need the credit cards anymore! This really makes me happy because I can see the real date of getting rid of this debt (even if it's in 2010... ^^), and with the credit cards it was a never ending story. Knitting
I started the Muslim knee-high sock on Friday and stopped at the the point you see in the picture because I need my friend to try it on and check whether I I should or shouldn't add six more stitches at this very point (that's the best point, on the white lines, just before I'll start another pattern). It's the beginning - the top part just below the knee (the original was knitted toe-up but I didn't feel confident enough to try it like that with such a complicated pattern so I'm following direction from Nancy Bush's Folk Socks), and I decided to knit both socks simultaneously, because there is nothing worse than the second sock to start from the beginning when the first one is finished, brrr....

And here is the promised creature found under the water tank, beautiful! *^v^* 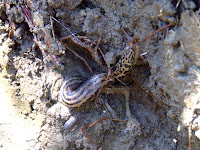