Since I cannot show you what I've been making this morning (it's a swap placemat that I'm sending tomorrow to Anna! ^^), I decided to share some pictures of my parents' plot of land we've been working on yesterday.

First, the place itself. Here us the view from the back of the plot (my father and my husband are working on the new fence): 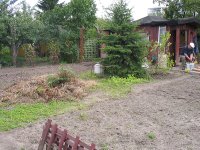 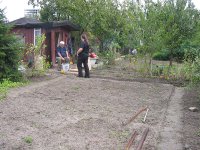 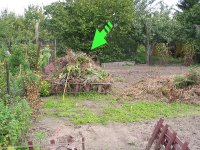 I also decided to give it a go next Spring and plant some flowers for natural dyeing (following the example of Ryan's efforts from three years ago!^^).

And here is my little "stone garden" (I don't know whether you call it the same, it's a "stone garden" because you place lots of stones inside - so you raise the bed a bit, and around the space, put some soil on it and plant the plants that have no complicated root system so they can grow on low soil level.)
I cleaned it a bit and I'll be working on it in Spring. 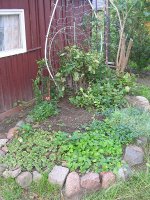 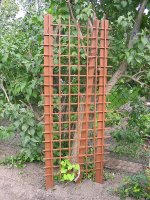 Here are two bushes of American billberry (Vaccinium myrtillus L.) Not very impressive at the moment, but we were told that those two bushes can give up to 100 kg of fruit! ^^ 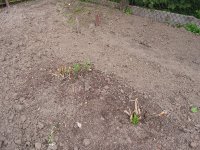 Here some more plants, named thanks to my Web helpers:

Lobstah suggested, that it was a holly (Ilex spp), but I'm not sure about the blue berries on it... Holly is supposed to have red berries, right? I'm confused about that one... And I thought that holly is an evergreen plant, and this one's leaves are turning red right now, so I don't know... 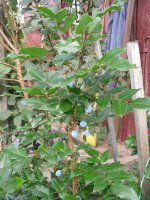 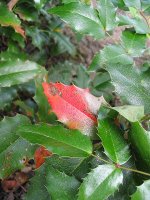 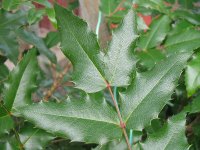 EDIT: I just got a message from Susan (thank you! ^^) that it is Mahonia (Mahonia aquifolium). I've found that its berries can be turned into wine, and this plant is the symbol of Oregon, wow! ^^ 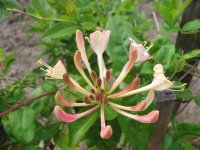 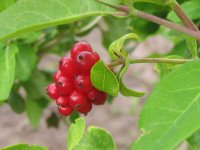 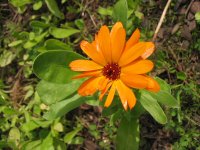 This one is left - anyone knows what it is? 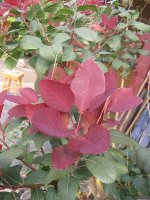 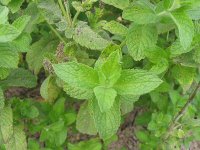 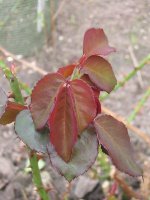 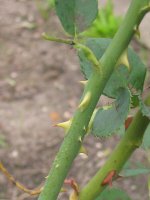 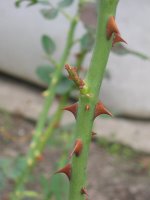 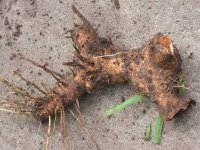 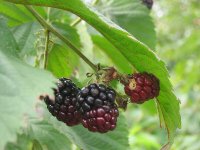 And now it's time to leave our little plot of land, this is the alley leading from the gate to the main alley of the whole gardening complex. 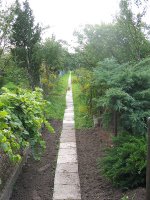