New mittens and the movie

Wow, I received the "You Make My Day" Award from Sharon for my paper doll! *^v^*
I'm thinking about making more of them and maybe even a small wooden theater for them. I wanted to create a doll theater for our medieval events, but I found out that such puppet shows were much later invention, like XVII c. or something...

Anyway, today I want to show you my latest knitting FO and recommend a movie.


First, a new pair of Fair Isle mittens:
Pattern: I combined two charts from the book Hokuou no knit komonotachi / 北欧のニットこものたち (大型本)by Toshiyuki Shimada, the overall shape is my idea.
When I looked at the photos I realized that I made a mistake in one mitten... I omitted one maroon row in the middle, but I won't be correcting this. Maybe I should but I don't want to. Call me lazy. ^^ In this way they are a bit different and they have their own personalities! *^v^*
Needles: 3 mm.
Yarn: different wools from the stash. 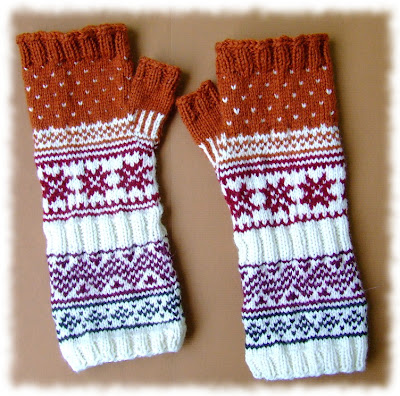 They have already found a new home because they are a bit too tight for my hands but they fit my friend Sylwia perfectly so I gave them to her. *^v^* 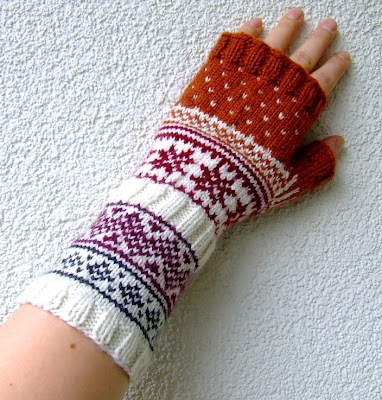 This one has been taken against the window and you can see the weather outside - windy and wet, where's my Winter snow?... 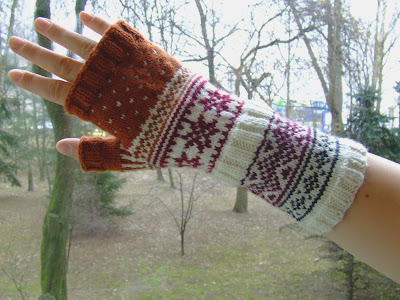 What's on my needles now?
A secret project I cannot show you yet, but I will, I promise, probably next week, and of course a new pair of mittens - tonight I'm casting on for the Tiffany mittens. Plus, Robert decided on the cardigan pattern - it will be Durrow with slight modifications. Tomorrow I'm going to order the yarn for it. *^v^*


Next, the movie.
Last night we watched one of the most visually interesting films I've ever seen - "The Mirrormask" by Neil Gaiman and Dave McKean. It's a must for all the painters and art journalists, because it's full of inspirations on many levels! 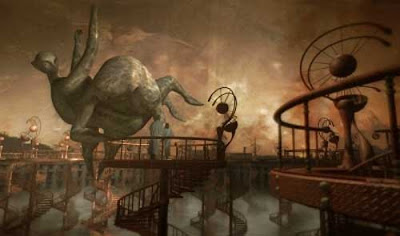 I love everything what Gaiman does, I love "Good Omen" and "Coraline" books, I love "Stardust" movie. Now, I also found my new favourite artist, Dave McKean, who created one of the most amazing visual side of this movie. 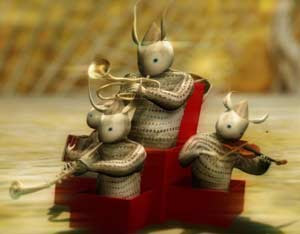 For me, it is a story about a girl and her drawings, and she very much reminds me of myself when I was 15, 16, 17 and my pencil drawings were very similar to hers. When I looked at my drawings I always wondered what was there behind that building, at the end of that road, behind the forest, to the left where the paper finished and I couldn't draw more. 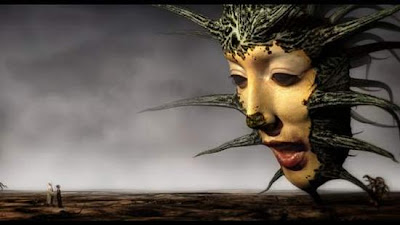 Helena found out all of this, but I won't tell you more because I don't want to spoil the fun! *^v^*
But the combination Gaiman/McKean is a very successful one, that's for sure, and I know I'll be coming back to this movie! 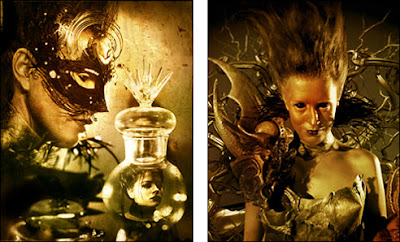 Now, some interaction with my great readers, thank you all for visiting my blog! ^^
Lobstah, I agree that we need to have that balance between criticism and loving ourselves, but usually we tend to be more critical, so it's a good practice to be only loving for a day and say ourselves compliments and praise ourselves for the good things! ^^
Bluejude, thank you for the nice words about my art, please visit again, I love to "meet" new readers! ^^
PJ, in fact it could be a great journal prompt - create a page with the words "I am a master of...", I must give it a deeper thought! ^^
Krissie, you are right, faworki are also called chrust (I never met the plural version chrusty, only "chrust" in general, like the English "fruit", but I think you absolutely can say that, it won't be a mistake, maybe it just wasn't used in my family tradition). For those who don't know the word, chrust is small pieces of sticks that you start your fire with, and these cakes are called like this because they are very crunchy.
Mariposa, I absolutely agree, everything is better with just a little tea! ^^
Myriam, it wasn't difficult to paint on that leather because I have a good acrylic paints that can be used on almost every surface (Multi by Lefranc & Bourgeois).